The week that we had been planning for months, and had been dreaming about for just as long, was finally here. We felt like we had everything ready to go for the best week of our lives, our wedding week.

Carly and I drove up the morning of the 13th with our cars packed with the wedding dress and suit, decorations, favors, alcohol, and much more.  The Aspen trees were just changing color and looked like little gold streaks in the sea of evergreens. It was one of the most beautiful sights I’ve ever seen.

We arrived at the venue, Riversong Reunion Lodge, and met the owner and renter, Kami, to go over last minute details. Upon arriving, the venue was just as magical as we remembered from when we visited almost two months prior. After Kami left and before others arrived, Carly and I took the time to enjoy the place by ourselves, including laying on the sleeping porch together.

That afternoon, my family members that were in town worked to get a few things set up, including stringing the lights over where the dinner would be served on the wedding night. It took a few tries and a few different people, but we got them just the way we wanted.

That night, while my family was celebrating my Grandma Branch’s birthday in town, Carly and I picked up some burgers and pulled pork sandwiches for Carly’s family and friends at Sagebrush BBQ in Grand Lake. Stormie and Rainie were driving in that night and were having trouble finding the venue, so they met us in town as well, and we showed them the way back home. We ate our sandwiches and then relaxed around the gas fire all night before going to bed.

The next day, we woke up early and had planned to head to the Hot Sulphur Springs as an event with everyone included that was in town already, but almost everyone decided it was “too cold” for the hot springs. So Carly, Rainie, and I decided to visit by ourselves. 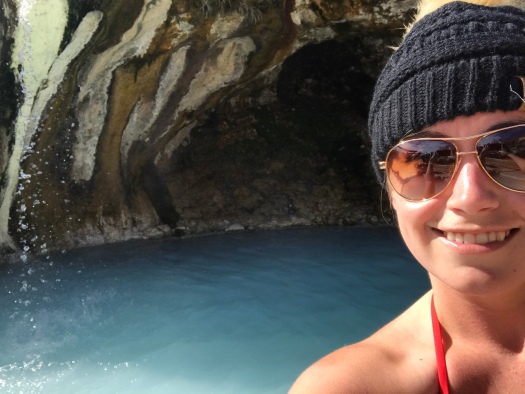 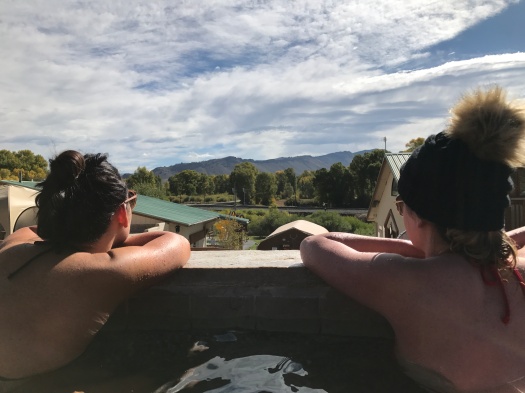 The attendant at the check-in desk let us know that the pools were arranged coldest to hottest, going up. Since it was a little chilly out, and because we didn’t know what we were getting ourselves into, we thought we could handle the hottest pool. We were absolutely wrong. It only took a couple of seconds before we felt like we were lobsters cooking. The smell of rotten eggs was also not something I was expecting, though I’m not sure why I wasn’t since they are Sulphur springs. After deciding the hottest pool was way too hot, we decided to go back down and then eventually work our way slowly back up to where we were. We tried almost every pool in the place, really enjoying the ones a couple steps below the hottest (around 105 degrees).

After we drove back from the hot springs to the lodge, it was time to get ready for the ATV ride. We wanted the ATV ride to be more fun for our wedding week, so we told everyone to dress up in a Jurassic Park theme. Since we were the main couple of the week, we dressed as the main couple from the original Jurassic Park, Dr. Alan Grant and his wife, Ellie Sattler. Carly absolutely nailed it with her costume, and I might be biased, but I think we were the best dressed ones there.

Besides the freezing cold rain shower that hit us for about 10 minutes, the ATVing was a blast! We were given a map of where to go, but the problem was that we never really knew where we were at. We got lost a lot, but, hey, that’s part of the fun. The highlight of the excursion was when we were following Kyle at the front, with Steve behind us, and we were going about as fast as those things could safely go (or was it even safe?). I feel sorry for everyone else that was stuck behind Mason during that stretch. We were dirty and tired by the end, but it was amazing. 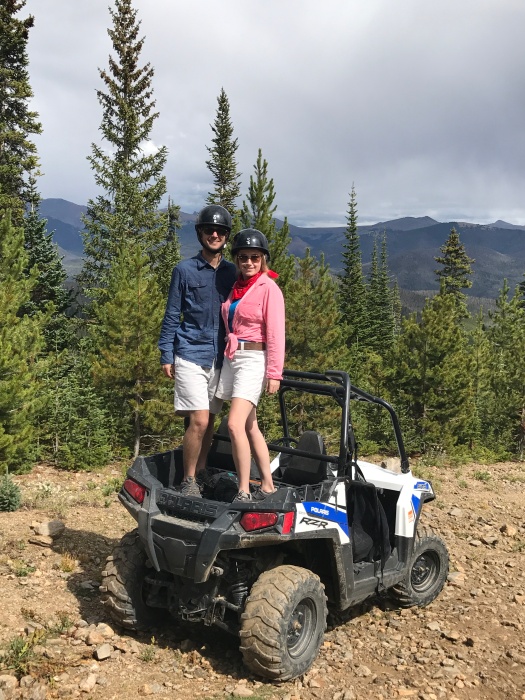 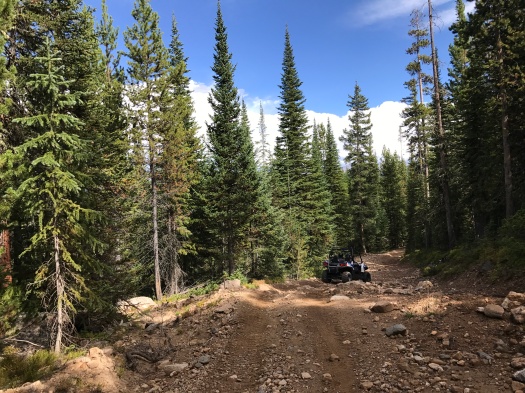 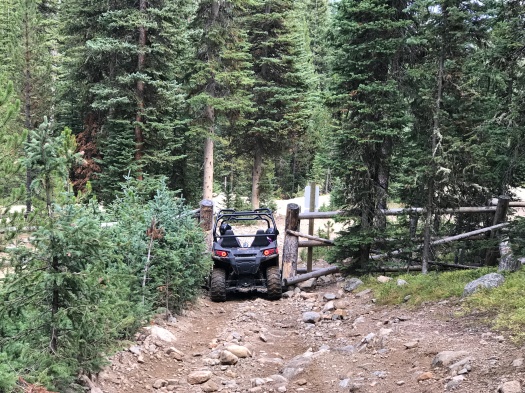 After our ATV adventure, there was a surprise bridal shower for Carly with the whole family and wonderful food and drinks before we headed into Grand Lake to meet our friends. We tried Sagebrush again, but it was too busy for how many people we had, so we had drinks at Pancho & Lefty’s across the street. We met an overly enthusiastic local that bought Carly and I drinks, and it was a good time all around. A great way to kick off the week of festivities!!

One Reply to “Becoming Mr. and Mrs. Keller: Part 1”